If you are looking for a Finance Director for your West Midlands based business then you are in the right place.  Many of our team are based around Birmingham, Wolverhampton and Telford, we have an office in the E-Innovation Centre in Telford, which services Midlands and our back office functions.

The West Midlands is one of nine official regions of England at the first level of NUTS for statistical purposes. It covers the western half of the area traditionally known as the Midlands. The region consists of the counties of Herefordshire, Shropshire, Staffordshire, Warwickshire, West Midlands and Worcestershire. The largest city in the region is Birmingham. 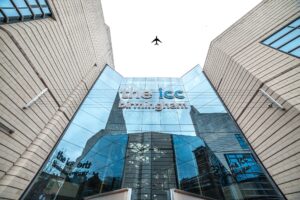 The West Midlands region is geographically diverse, from the urban central areas of the conurbation to the rural western counties of Shropshire and Herefordshire which border Wales. The longest river in the UK, the River Severn, traverses the region southeastwards, flowing through the county towns of Shrewsbury and Worcester, and the Ironbridge Gorge, a UNESCO World Heritage Site.

Staffordshire is home to the industrialised Potteries conurbation, including the city of Stoke-on-Trent, and the Staffordshire Moorlands area, which borders the southeastern Peak District National Park near Leek.

The region also encompasses five Areas of Outstanding Natural Beauty, the Wye Valley, Shropshire Hills, Cannock Chase, Malvern Hills, and parts of the Cotswolds. Warwickshire is home to the towns of Stratford upon Avon, birthplace of writer William Shakespeare, Rugby, the birthplace of Rugby football and Nuneaton, birthplace to author George Eliot.  Key Towns include Dudley.

The history of the West Midlands

Although the modern county has only existed since 1974, the settlements of the West Midlands have long been important centres of commerce and industry as well as developing a good local infrastructure. Coventry was one of England’s most important cities during the Middle Ages, with its prosperity built upon wool and cloth manufacture. Birmingham and Wolverhampton have a tradition of industry dating back to the 16th century, when small metal-working industries developed. Birmingham was known for its manufacture of small arms, whereas Wolverhampton became a centre of lock manufacture and brass working. The coal and iron ore deposits of the Black Country area provided a ready source of raw materials. The area grew rapidly during the Industrial Revolution, and by the 20th century had grown into one large conurbation. Coventry was slower to develop, but by the early 20th century it had become an important centre of bicycle and car manufacture.

1966 saw a substantial reform in the local government of the area as the patchwork of county boroughs with municipal boroughs and urban district councils in between was replaced by a core of county boroughs covering a contiguous area, roughly as follows:

On 17 June 2016 a new administrative body, the West Midlands Combined Authority was created for the county, under the Local Democracy, Economic Development and Construction Act 2009, which created several other combined authorities in England. The new body has powers over transport, economic development, skills and planning. A new directly elected position of Mayor of the West Midlands was created in 2017 to chair the new body. The first Mayoral election was held in May 2017, and the position was won by Andy Street.

The West Midlands is a landlocked county that borders the counties of Warwickshire to the east, Worcestershire to the south, and Staffordshire to the north and west.

The West Midlands County is one of the most heavily urbanised counties in the UK. Birmingham, Wolverhampton, the Black Country and Solihull together form the third most populous conurbation in the United Kingdom with a combined population of around 2.44 million. However, the West Midlands is not entirely urban; Coventry is separated from the West Midlands conurbation by a stretch of green belt land approximately 13 miles (21 km) across, known as the “Meriden Gap”, which retains a strongly rural character. A smaller piece of green belt between Birmingham, Walsall and West Bromwich includes Barr Beacon and the Sandwell Valley.

We have grown and grown and had our busiest year so far in 2020 with some of our team working six days per week.  Many of our team and most of our candidates are ICAEW qualified.  Our main offices are based in Great Portland Street, London. Our Midlands team is based in Telford Shropshire.

We pride ourselves on always being friendly and professional, plus our approach reflects that we are team made up of FD’s and professional recruiters, so you can be sure of talking with someone who knows first hand what your issues and situation is likely to be. Many of our team have been entrepreneurs and ICAEW Accountants themselves so can really relate to our owner manager client base.